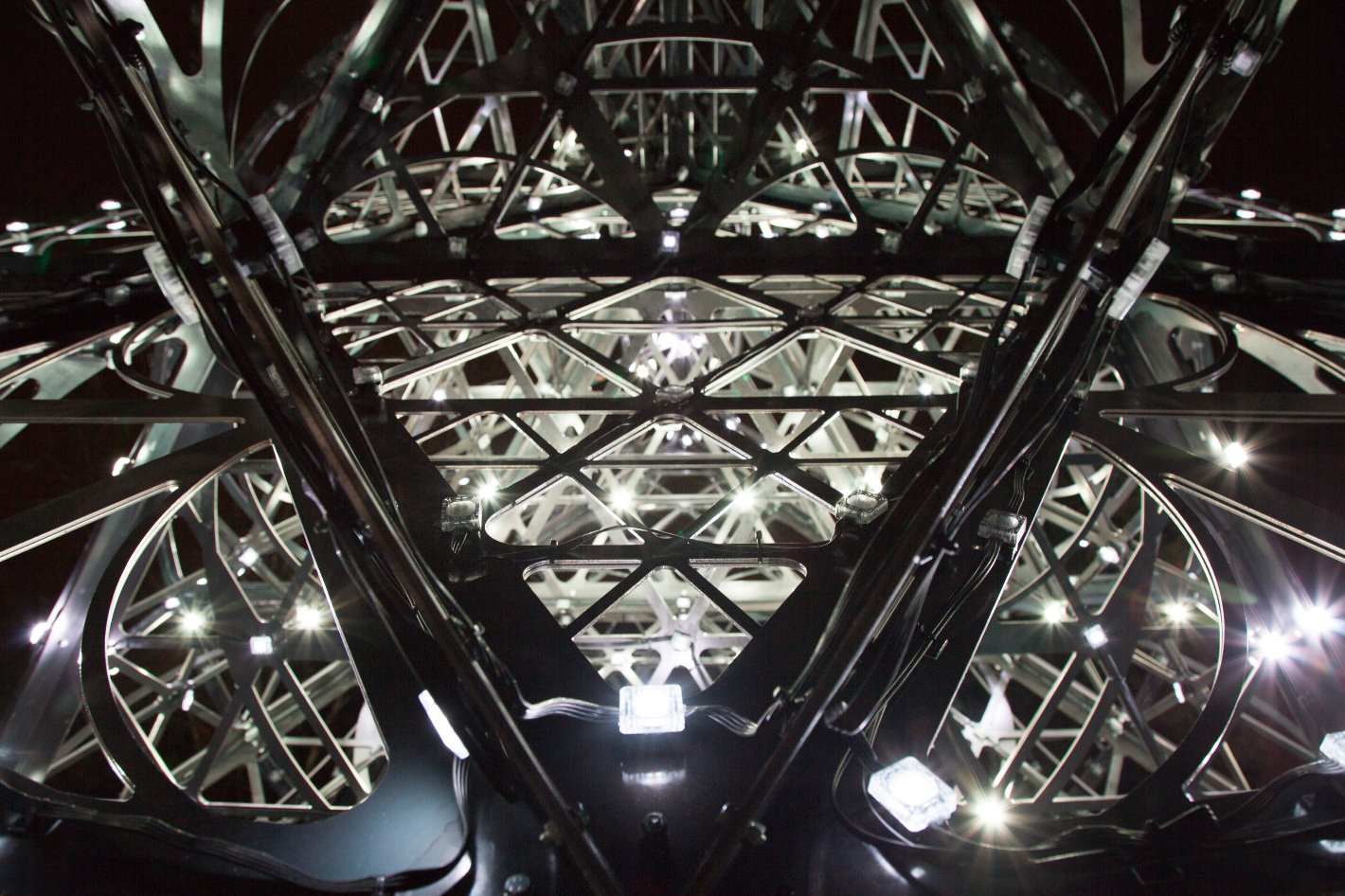 “As above, so below.” – Hermes Trismegistus

“A universe simple enough to be understood is too simple to produce a mind capable of understanding it.” – John Barrow

Cosmoscope is an interdisciplinary project led by professor Simeon Nelson researched and produced in collaboration with an expert team of artists and scientists culminating in a monumental sound and light sculpture. Inspired by historical astronomical instruments and models of the cosmos, it looks at the infinitesimal to the infinite. Like the world with its calamities and ceaseless change, Cosmoscope has order and disorder built in. Its patterns of light and music intertwine and separate in perpetual evolution giving rise to very small, the human and very large scales sourced from the research into solid-state physics, organic structures, and the large-scale structure of the cosmos.

Informed by collaboration with leading physicists working at the cutting edge of the very small, the human and the very large, Cosmoscope embeds us, organically in science into earth science and astrophysics to offer a compelling narrative of the origin, evolution and nature of life.

Cosmoscope takes the fact of the human scale being roughly at the midpoint of the cosmic scale and tries of apprehend both the unity and diversity of all things, our situation and attempt to comprehend all this. This is the existential dimension to the project - reimagining ourselves embedded in a wider system of meaning beyond the human.

Extending the research of previous projects including Anarchy in the Organism and Plenum, Cosmoscope’s purpose is to define human biology in terms of its wider context, to investigate the contingency of our particular bio-medical and experiential makeup by asking: How does formation occur at sub-atomic, cellular, human, terrestrial and cosmological levels? Are there underlying symmetries that occur across these scales? How does the human body and psyche relate to its situation within the cosmic order?

Cosmoscope envisions a “great chain of being” starting at the quantum vacuum of virtual particles popping in and out of existence at the very tiniest scales in empty interstellar space; of the chemical dance of atoms combining into molecules; of molecules combining into cells then on to the bio-medical level of the growth of blood vessel networks and so on to the largest structures of the observable universe. Cosmoscope’s premise is that the exploration of this nested holarchy of scales that contains humans roughly at the midpoint allows us to more fully and truly know our own human situation and nature by contextualizing our biology rather than looking at in isolation. Cosmoscope invites us to rethink our identity and relationship to what is.

The animated imagery and sound of this spectacular light machine will be witnessed in loops of patterns in perpetual evolution, inspired by the awe and wonder we feel when contemplating the enormity and complexity of the cosmos. Informed by collaboration with leading physicists working at the scales of the very small, the human and the very large, Cosmoscope expands from biomedical science into earth science and astrophysics to offer a compelling narrative of the origin, evolution and nature of life. It looks at how wider phenomena impact biology, ultimately asking how we as humans arose within the cosmos. 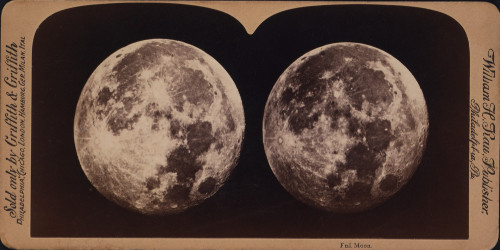 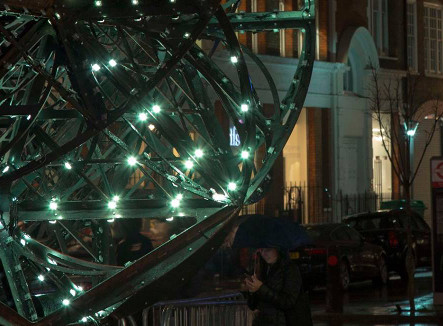 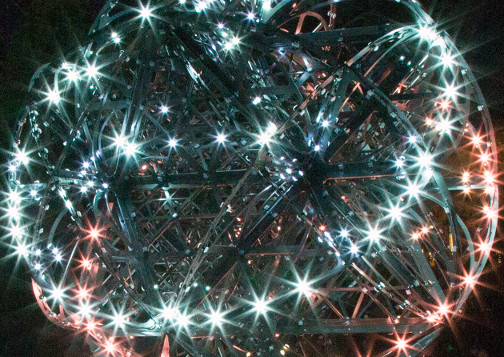 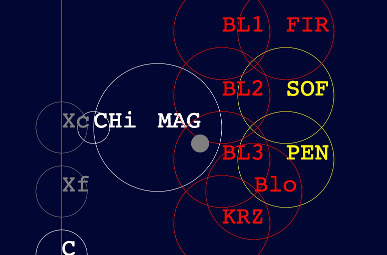 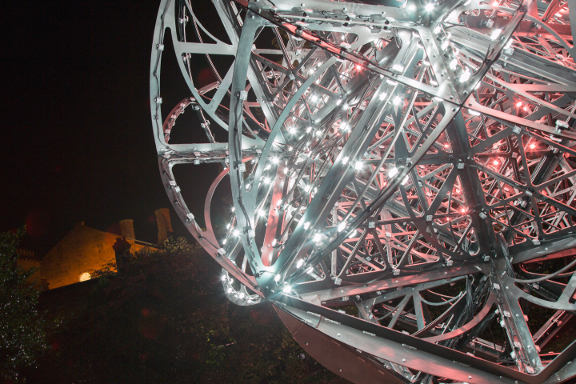 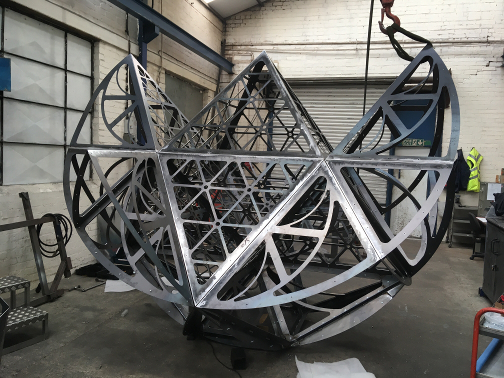 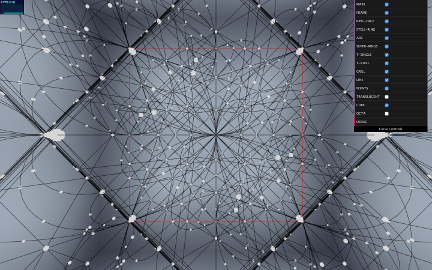 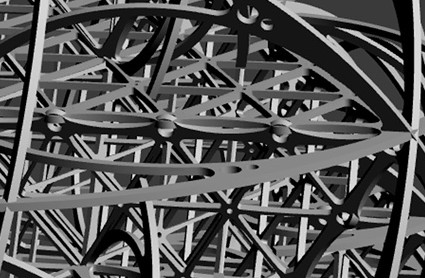