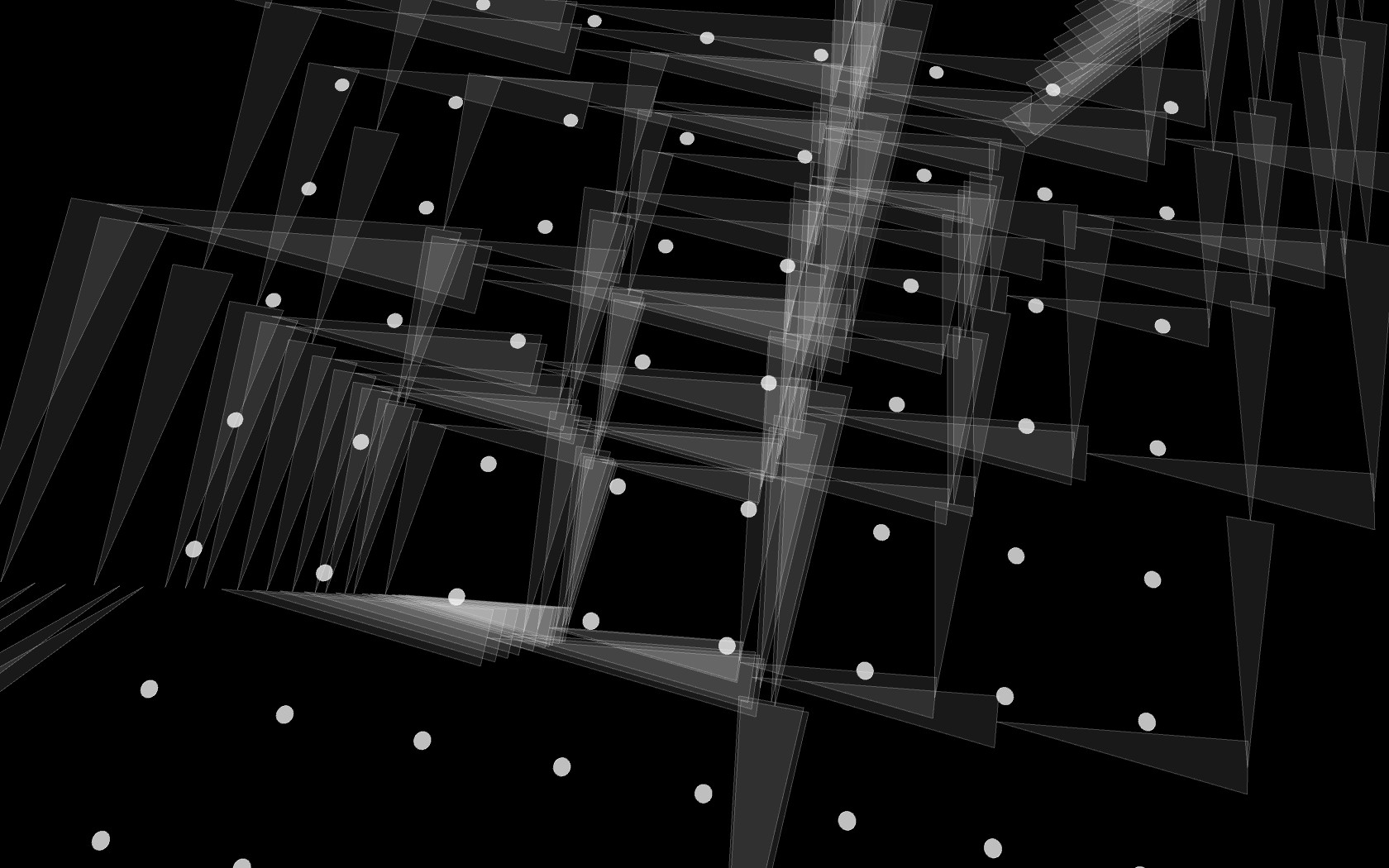 I’m just back (well, as of a week ago) from the Berlin episode of the Choreographic Coding Labs, where a couple of dozen artists, coders, performers and musicians (with many people matching multiple roles) hung out and made cool stuff at Uferstudios for a few days, which then got shown/demonstrated at retune 2014. Some really interesting ideas took shape out of the minds of some very smart and creative people, all of whom I hope to see again some day.

My own, pretty modest, contribution was based on a handful of half-baked premises: (i) that choreographers work with constraints and rule systems, (ii) that nobody has thrown a logic language at dance-making before(*), and (iii) inference engines do really interesting things when you run them backwards. I got as far as generating some vector fields in Clojure, using them as rule sets for core.logic, setting various open-ended paths through the fields as goals, and visualising the solutions stacked up in 3D space.

In the limited time available, it wasn’t possible to actually get a dancer properly involved in the process, or to really explore some non-trivial rule systems, although it was good to discuss the setup and its potential with people at retune and Native Instruments over some beers. Hopefully I’ll be able to get to the next Lab with some preparation under my belt; I’ll post further blog entries as the code framework starts to take shape.

Tons of thanks to Florian and Jeanne for setting up and running the whole thing.

As a teaser for the next (or so) blog post: the rendering was done in Quil, using the Makooya framework - paint still wet - and the Twizzle automation system. (Memo to self: upload some of the animation and fly-though video footage.)

(*) False, actually: we worked on an emergent dance piece mediated by a logic system with Jane Turner 10 years ago. It really must be time for some Choreographic Inference 2.0.