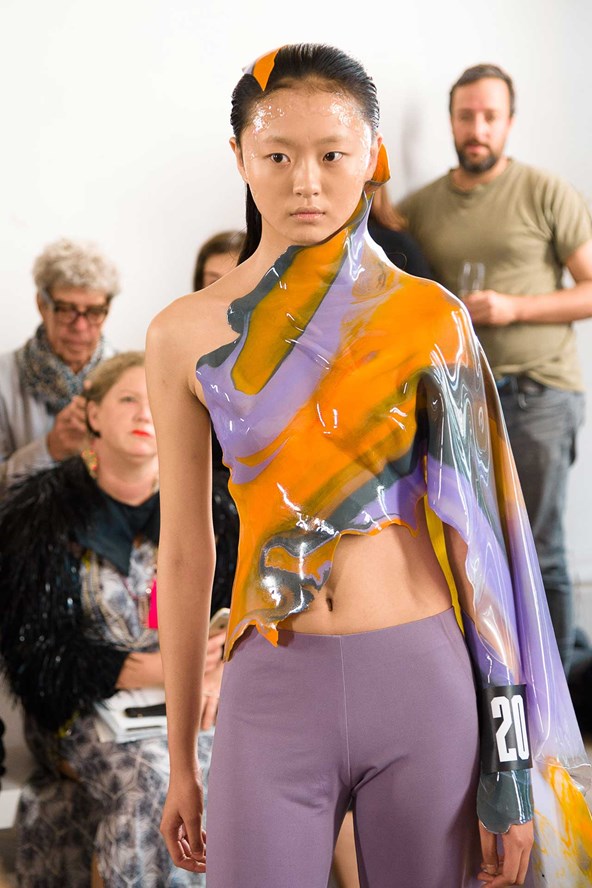 In what I’ll tentatively claim is the first application of the Clojure programming language in the fashion world, we recently wrote some software to assist Joe Moran Dance in the choreography for the RCA Degree Show.

The problem domain involved modelling (as it were) the progress of fashion models as they walked through a sequence of display rooms in a rather delightful disused hotel, starting at either end of the course, walking at different speeds, and beginning their progress at staggered departure times. For any time t, plot which rooms were occupied by which models at t.

The problem obviously lent itself to Clojure, and came out at a little over 100 lines of code, plus about 90 for unit tests. To package everything up neatly, it would have made the most sense to drop in a web front-end in something like Reagent or Om, but for reasons of time and familiarity I went for MaxMSP, with the interface shown here (click for large version):

(A few corners were cut: in particular, notice that the readout consists of hastily rendered to-strings of Clojure sets, although I did at least sort them.)

Should you have the need to track fashion models through a disused hotel anytime soon, the code is on GitHub.

Edited, 2016-09-30: I just discovered that there’s a page on the RCA web site containing a video of the show. I wish I could have been there.