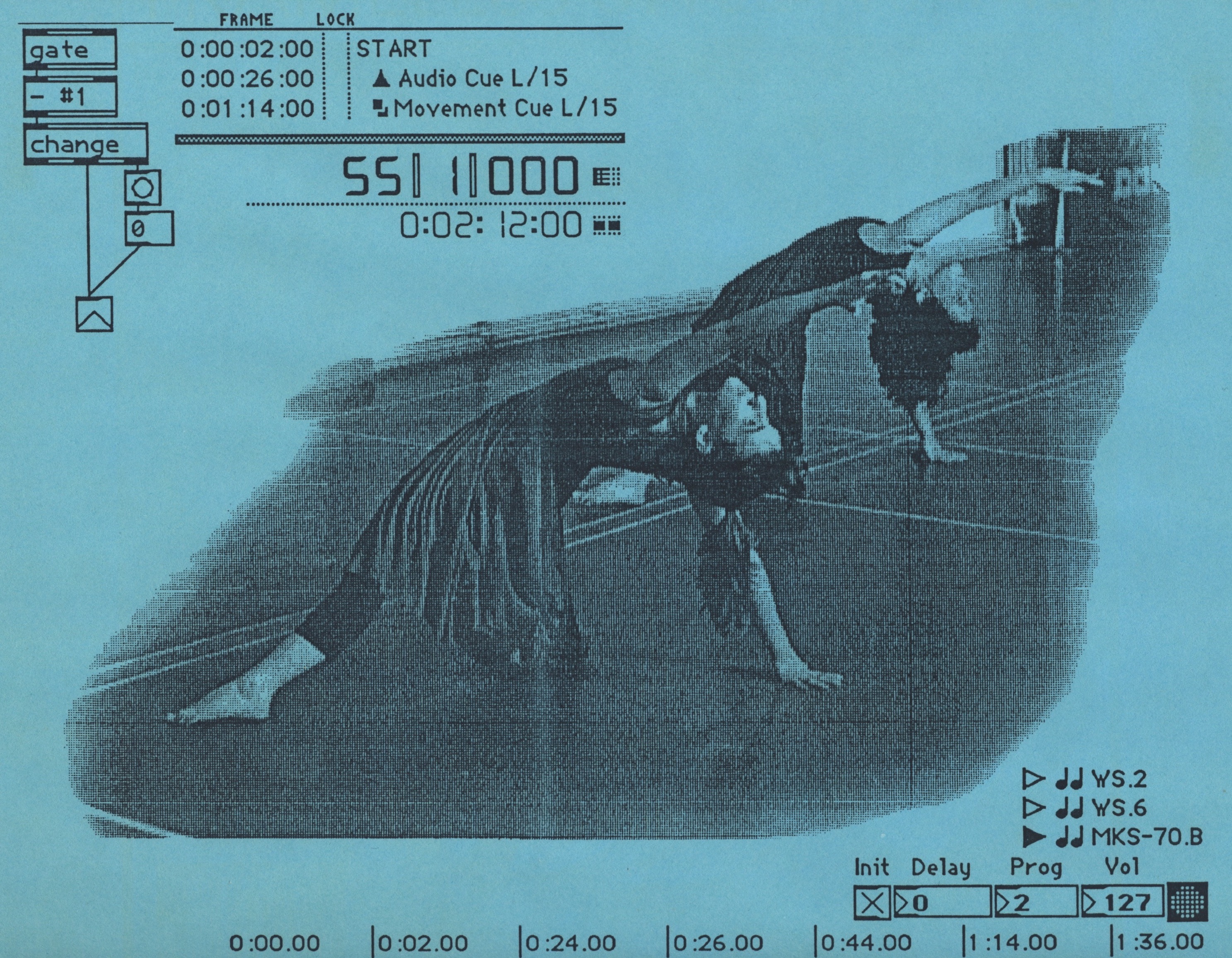 I almost didn’t clock this anniversary, having just touched down from Montréal, but it’s 25 years to the day since the inaugural CASSIEL dance/music/technology performance event at Edinburgh’s Dance Base for the Spring Fling festival. (Not quite the CASSIEL debut, since that was a gig at UK Electronica a couple of years earlier.)

These days, live and/or improvised electronic sound scores for dance are two a penny - anyone with a laptop, or even a phone, can do one - but in 1992 it was pretty rare, and quite an undertaking. All the sound synthesis was hardware: Korg Wavestation and Roland D-70 keyboards (on an Apex Ultimate stand that I had to ship in from Alabama), and a pile of rackmount synths and effects (including, I think, a Waldorf Micro-Wave and a Roland MKS-70, and some Lexicon outboard). The computer platform was a Mac SE/30 with a MOTU MIDI Timepiece, running Performer and Max in parallel, linked via Apple’s MIDI Management tools. Everything was mixed on-stage through a 24-channel Studiomaster desk.

Some of the music survives: Dawn and Brigid’s score, Insidious Sedation, is on Listen/Move, while Jonathan Burnett’s track, “Loremarie”, has featured in different forms on a couple of Team Metlay releases (the longest version here).

Thanks to Richard Marshall, there’s a photo of myself in serious mode prepping for this event (or possibly something subsequent by a year or two):

For completeness, the complete poster for the event (which won’t fit on my A4 scanner) is featured in photographic form below. (Laid out in ClarisWorks, as I recall.)