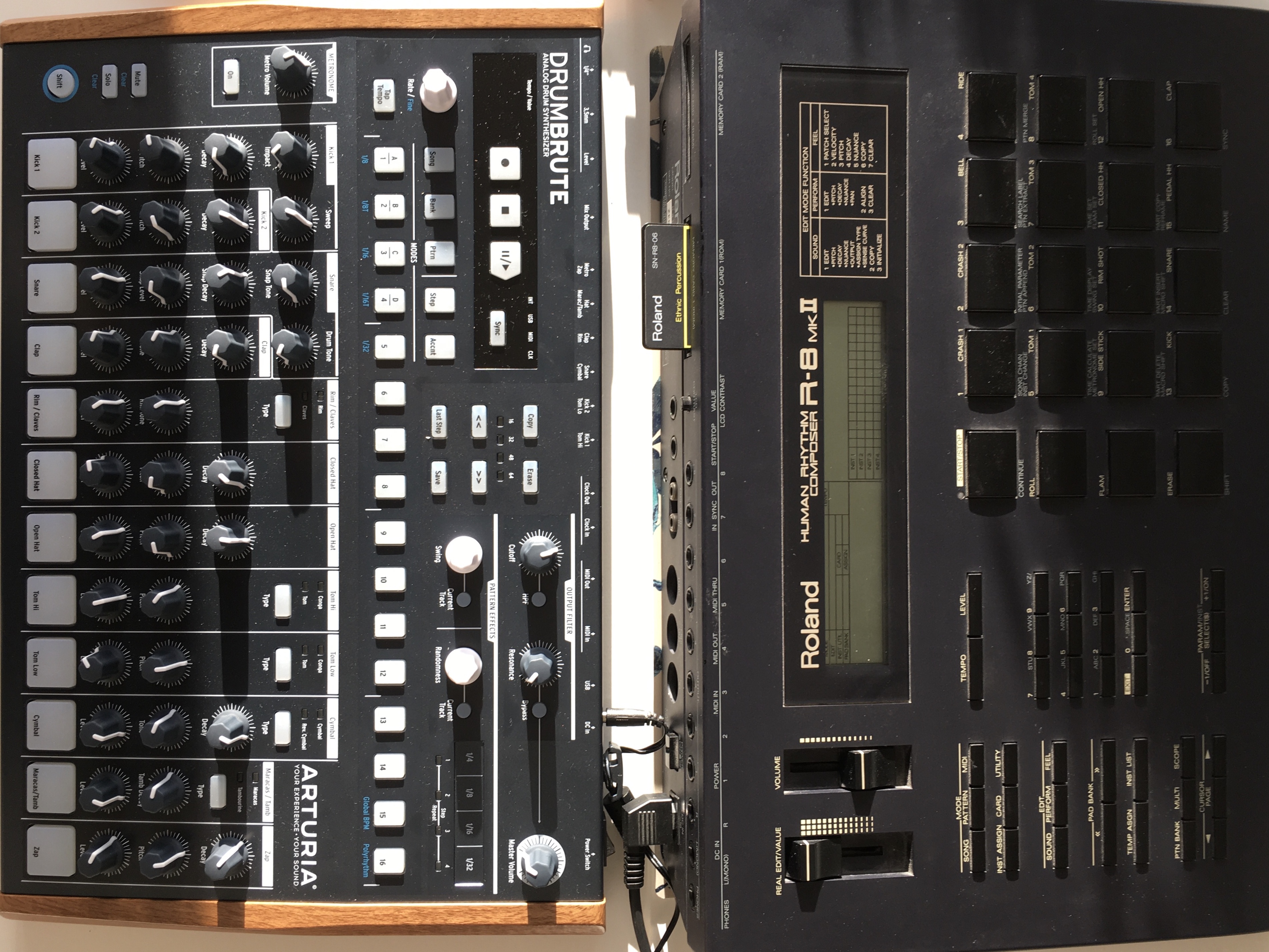 Accordingly, Evan and I concluded that a cross-generation, analogue-vs-digital team-up was inevitable. Our first gig is at Dorkbot London on December 19th.